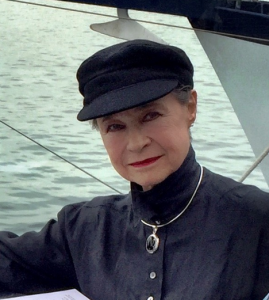 Johanna Michaelsen is a noted author, researcher, lecturer and authority on the occult. Her internationally best selling autobiography, The Beautiful Side of Evil, tells the story of her involvement with the occult, yoga, Silva Mind Control, a well-known psychic surgeon in Mexico City, and her eventual rejections of all such practices. Published by Harvest House in 1982, it has been translated into German, Dutch, French, Indonesian, Bulgarian, Polish, Chinese, Portuguese, Korean and Spanish.

Her second book, Like Lambs to the Slaughter: Your Child and the Occult, was a Final Nominee for the Gold Medallion Book Awards in 1990. Also a best seller, it clearly and extensively documents the invasion of occultism and dangerous religious practices into America’s public education system, movies, television, books, games, holidays and more. It has served as an invaluable source of information for countless thousands of concerned parents, educators and pastors worldwide.

Since Michaelsen’s exit from the occult in November of 1972, she has devoted her time to studying current trends and occult practices for the purpose of warning and equipping the church in these last days. Her books, tapes, audio-book, seminars, and lectures have helped thousands find freedom and peace in Jesus Christ.

She has also spoken in churches across the country, as well as in the U.K., Canada and Mexico.

Johanna holds a Bachelor of Fine Arts degree in theatre from the University of North Carolina at Chapel Hill and spent three years in post-graduate Biblical studies at the Jesus Christ Light and Power House and Christian Associates Seminary in Southern California.

She and her beloved husband Randolph, Senior Pastor Emeritus of Torrance Crossroads Church in Torrance, California, were married in October of 1976.

Johanna is available for interviews and seminars and can be reached via our Contact page or through our mailing address at: 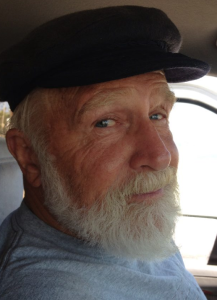 Randolph Michaelsen was born to immigrant parents in New York City in 1935. He graduated New York University 1957 with a Bachelors Degree in Naval Architecture and Marine Engineering. He served as an officer in the United States Navy until 1961.

From 1961 until 1976 he worked as a project engineer in the fields of gas turbines for marine use, nuclear reactor development off-shore exploration and project engineer for the design, construction and testing of the Hughes Glomar Explorer.

Randolph and his beloved wife Johanna were married in 1976. He is the father of three children and three grand children.

Since his conversion in 1975, he has set his mind to study and teach the Bible and completed his Masters Degree in Bible Studies at Christian Associates Seminary in Thousand Oaks, California. After graduating seminary in 1979, Randolph returned to industry while serving as a lay pastor at a local church in Santa Monica where they established residence until 1983.

In 1983, they moved to San Pedro to participate in a church plant with Hal Lindsey, which was called Palos Verdes Community Church. In 1993, Randolph was called to fill the role of Senior Pastor. At this time the church was renamed Torrance Crossroads Church, which merged with Kings Harbor Church, in December 2003.

Randolph has served until recently (2015) as an Elder at Kings Harbor, overseeing the KHC School of Discipleship and as Pastor of Prayer and Visitation. Additionally, he continues in his on-going service to the Church over the past 31 years as a teaching elder, mentor, and Pastoral Counselor.

Randolph has authored “Understanding the Cross” in 1993. This Publication is configured into a slide-rule showing the purpose of Jesus Christ’s sacrifice on the cross and the resultant benefit to all who put their trust in Him.